***Click the teal “Wednesdays in Whippercreek” above to make a chapter selection.*** 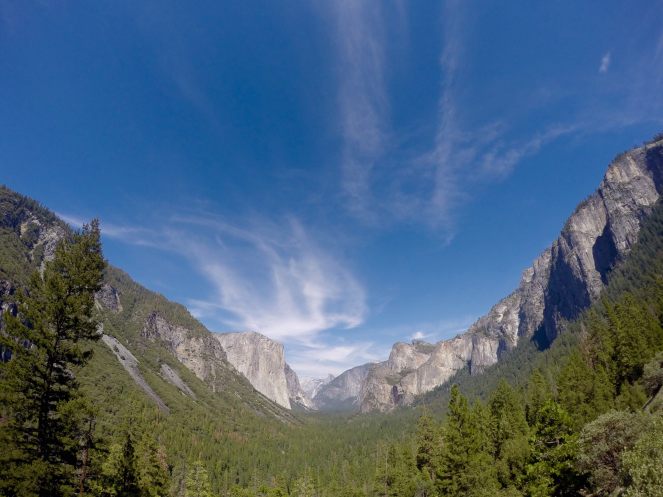 Ella stuffed all she could inside the trunk that had once held her mother’s most priceless possessions. She intended to leave Whippercreek for good. Remaining only caused painful memories.

Folding the last of her clothing articles into the truck, she shoved the lid down over top. Perhaps Boston would be splendid this time of year. Her mother used to speak of it with such wistfulness. There, she could restart, begin anew, and forego all the memories of Montana’s frontier. Her aunt used to live near the harbor. The memory had faded, but some details remained with dazzling splendor.

Fine napery and silver utensils. The woman’s dress with its layers of lace. The table…she could hardly stand to sit in the oversized chairs!

And now Ella would return—a place and a time of innocence—a place that tugged at her heart. Pulling on the trunk handles, Ella dragged the box toward the door. A pair of horses greeted her with a whinny.

“Hello there, Miss Whitley.” Mr. Pelkman’s son, a loyal and faithful friend in her misery, sat on the buckboard waiting. “Let me take care of that trunk for you.”

“Why thank you.” She offered the boy a kind smile. He understood and had agreed all too hastily with her plans. The thought caused a hint of doubt. What if…But before Ella had time to finish the thought, the horses lurched forward.

“You’ll like it back east, Miss Whitley. My Pa used to talk about his home so much, I can almost picture it. ’Twas like he was painting.” The boy stopped and took a sideways glance toward her.

When she offered him no response, he continued. “I heard it said that the ocean goes for miles, and you can’t see no lick of land as far as the eye sees. You think that’s true, Miss Whitley?”

Ella sighed. “I vaguely remember it.”

The boy shrugged. “Well that’s all right, ’cause now you’ll get to see it for yourself. You can write us with all your adventures, Miss.” The boy offered another sideways glance. “But I know you’re trying to leave this here place behind, and I get it, if you don’t feel much like writing, that is.”

Ella nodded, but her eyes turned towards Cade’s cabin. His horse stood tied outside the paddock. Had he found Brandon Nickels? Either way, it appeared he had returned safe. Ella gazed toward her lap. She should bid him goodbye, but something in her knew, he would never let her go…

The clatter of a tin mug against wood boards, resounded past his ears again. “Hush up in there, would ya?” Cade hollered toward the prisoner.

Whippercreek had no place to hold criminals, and thus, Cade had stabled Mr. Nickels in his mare’s stall. Locking the door tight, Cade hoped it would retain the man. He needed a plan. Cade entered the cabin and rested on his cot.

The sound of a buckboard lurched outside, and he rose to see if he had visitors. Tossing the makeshift door aside, he spotted Mr. Pelkman’s wagon rolling just out of sight. The scene sent anger through his bones. He ought to just string up Mr. Nickels here and now…

But what right did Cade have to execute a man for murder…Had he not done the very same?

Besides, the man he needed most resided in Bannack at this very moment, and he couldn’t by any means just stroll into town. They would have his neck strung for sure.

Cade ducked back inside and tossed a bowl across the room. It landed with a thud and shattered to the floor. He moved toward the worn cot again, and allowed his weight to slump the bed.

“God, I asked you to not remember the sins of my youth, so why am I in the middle of all this now?” Silence filled the room, and Cade rubbed his fingertips through his hair. Where is God when everything falls apart? He needed Mr. Whitley to answer him, but the preacher rested in the cemetery. Cade had never felt so alone.

Ella thanked Mr. Pelkman’s son and climbed from the wagon onto dusty soil. The stage wouldn’t arrive until evening.

“Would you like me to wait with you, Miss Ella?”

“No Matthew, please just go on your way. I’ll be fine. The time shall help me make peace with my decision.” Ella offered him her most brilliant smile, displaying more confidence than she felt inside.

“Very well then, miss. You have a safe trip. We shall miss having you in the valley.” The boy glanced back at her once more, and then directed his eyes toward the distant mountains.

With a single snap of the reins, her ride home left in a cloud of dust.

Cade couldn’t issue a warrant for Mr. Barton’s arrest. By all official accounts, Whippercreek had no sheriff. Cade didn’t even hold a badge, and the man he sought after held a much better name. Only amongst the people had he carried the title of sheriff. It seemed it might have counted for something, but it didn’t…

Ella had to know about Mr. Barton’s role, but she also deserved to know everything about Cade. He owed her that much and only the truth would make sense of why he couldn’t leave Whippercreek now.

Cade picked up his worn hat and placed it atop his head. What if she reports my whereabouts?

If that time had come, he would face it head on. Cade couldn’t run from the vigilantes forever. With tradition, he traced the curved rim of his hat with his finger. Before God, he had settled what kind of man he would become. Whether that strung him from a rope or freed him from his past once and for all, he would live in such a way.

So with his heart set, he left the safe confines of his cabin to meet his fate. The evening’s shadows rose about him. Above the others, he noticed the dark silhouette of the church. It sat on Ella’s hillside, waiting for him; there, behind its frame—repentance.

The man took Ella’s trunk and slung it over with haste. He then swung the coach’s door wide. She placed her foot on the step and took one final glance towards the mountains. Her home rested between those two distant peaks.

The driver cleared his throat. “Ma’am, we have a schedule to keep. If you will—” He offered an extended hand.

Ella glanced at it, swallowed, and placed her fingers in his. Landing on a well-worn cushion inside the coach’s cramped quarters, a sickening feeling sunk within her chest. The door closed with a creak and a sudden lurch caused her to tumble forward. Bracing herself against the window, she leaned out to view the mountains. The night sky danced with stars overhead. A longing for home and a sense of loneliness rested in her heart.