***If you wish to read previous chapters, click the teal “Wednesdays in Whippercreek” above to make a selection.*** 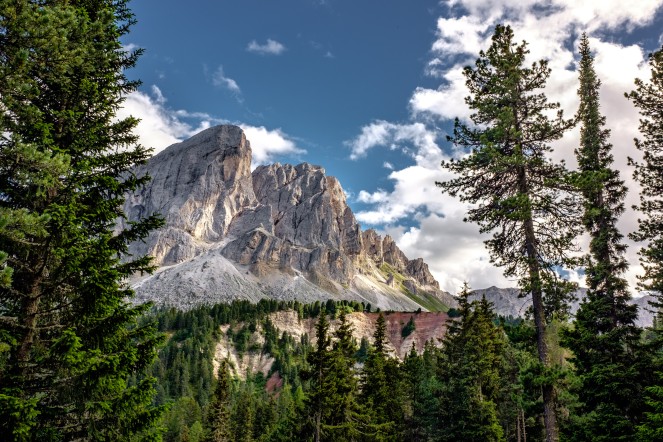 “Can anyone hear me?” A voice echoed from above.

A glimmer of light filled the darkness that had stolen the life out of his companions. Cade watched unresponsive.

“Can anyone hear me?” The voice echoed again.

Cade gazed at the wall of rock, burying Ella’s father. How will I tell her?

“Does anyone hear me?” The voice echoed against the walls once more.

Cade shifted his head toward the opening. “I’m here.” He called with reluctant sorrow.

The light grew toward him. “Mr. Stephens, you’re alive?” Pelkman’s son rushed forward with a lantern in hand.

“What are you doing down here boy?” Cade said, his stomach churning sour.

“I came to save you, my Pa, the others…where is everyone?” The child swung his lantern through the darkness, searching for a shadow, anything, something…

Cade stared at the boy, his eyes pleading. “Their–”

Cade shook his head and placed a hand on the boy’s shoulder.

“No, he ain’t. He ain’t gone. Not my Pa.” The boy twisted and rushed forward.

Cade mustered the last ounce of his strength and wrapped his arms around the child. “We must go now, son.” Dragging the boy toward the opening, Cade’s strength drained from him.

“My Pa ain’t dead. Leave me alone.” The child screamed, kicking his boots into Cade’s shins.

Reaching sunlight, Cade threw the boy forward into outstretched arms. Men clambered for Cade’s hands, but he didn’t feel their sense of urgency to leave the earthen cave. The sunlight would only reveal the sorrow of what had happened below. Without a word, they tossed Cade forward onto the rocky ground. Ella would be watching…she would search past him for her father…

Taking a deep breath, Cade leaned into the soil ridden earth. It smelled like the musty, dank mine, a smell now scarring his already tainted memories. A crisp, hallow shudder tore through him. The wind whipped past, as if to whisper in welcome, but Cade couldn’t embrace its warmth.

A hand with a fragile softness landed on his cheek, sending a chill through his spine. Cade felt the flux of her fingertips against his skin and looked up into Ella’s eyes. That old sense of home returned to him in her steady gaze, and at first, she smiled too. Then, her face darkened, and she searched him with fear. Words didn’t need spoken to ask those lingering questions on her lips. Her plea pierced into his heart, and the sorrow from the belly of a mountain contorted his face.

Ella gasped, pulling her hand away and stepping back. “No, no, no…” she said, shaking her head.

But his words fell short. She turned from him, running through the grasses toward the church. A cry arose from her lips. Cade had heard that sound once before. His eyes closed from the painful memory, but his mind, relived the unfortunate day all over again…

The wind brushed the dust through the streets. A woman stood over her husband’s body. Sorrow and pain echoed in her voice…such anger and revenge…what had he done?

You killed a man, Cade Rivers, and we’re gonna see to your hangin’.

Cade woke with a start from the dream that chased him threw the mountain. A bullet pierced toward him in the darkness, and he sat forward and screamed. He could almost feel the rope burn around his neck. Panting, he tossed aside the blanket and donned his hat. A walk might do him some good.

What had happened to the place he called home? He felt as if his waking breaths twisted a nightmare through the valley. Sweat perspired across his brow. Cade wiped it away with the back of his hand and stepped through the blanket into the brisk evening’s air.

Promise me you’ll take care of my daughter. The words echoed on the wind toward him. Cade sighed. How could he possibly take care of her now?

As if to answer his question, Ella’s silhouette appeared ahead of him. He watched her. Alone. Shaken. Wandering.

Cade licked his bottom lip in indecision. But before he could change his mind, he called out after her with a wave of his hand.. “Ella, wait up for me.”

Turning and seeing him, her eyes widened. She shook her head and rushed forward into the night. Cade followed her…a man chasing a promise.

Without response, she moved ahead.

“Ella!” he tried once more.

She glanced behind her and stumbled, falling into the grass. A stricken pain and that same terrible scream filled the air.

“Are you okay?” he said, coming to her side and grabbing her hand to turn her about.

“Let go of me!” She screamed, pounding her fists into his chest. “Please, let me be.”

“Mr. Stevens, I wish to go home. Leave me in peace.” Ella gazed into his face and tears pulled at the corners of her eyes. A stoic frown marred her expression.

She gazed at him and sighed. A torrent of tears filled her eyes, causing her to turn away.

“May I speak with you?” Cade whispered.

“Mr. Stevens, I don’t think there’s anything I could possibly do to stop you, so go ahead and speak your mind,” she said rather forcefully, gazing out towards the hillside with arms crossed.

“Am I speaking to the woman that I first met here in Whippercreek, or the Ella Whitley I know and have come to love?” Cade squinted at her.

A tear ran rebelliously down her cheek, and she wiped it away with a toss of her hand. “I ain’t in the mood for talkin’, that’s all, and I wish you would leave me be, Mr. Stevens.”

“Again with the Mister Stevens, why the formality? I was there, but I did not wish harm upon your father. Nothing in my power could have saved him. I loved your father and you… Do you not know that I love you with all my heart?” His voice cracked, breaking under the weight of his guilt and pain.

A silence stood between them.

Cade stepped toward her and attempted to clutch her shoulders in his hands, but she slipped beyond his reach. “Ella, do you not feel the same toward me?”

Turning to him, her eyes glinted in the moonlight. “I don’t know anymore.” She tearfully whispered.

“You don’t know? Oh Ella…” He attempted to step closer again, but she took a hesitant step back.

Another tear ran down her cheek, and she bit her lip in an attempt to keep the rest from falling beyond her eyelid.

Cade shook his head. “I can’t bear to lose you, not like this.”

Her face paled. “You don’t have a choice. Please, just leave me.”

Cade reached once more for her hand, and she stepped away, turning toward the church. Under the moonlight, the building appeared only a shadow of the happier memories he had made there. “I mustn’t leave you.”

“I’m going home now, and you’re to stay your distance for a few days. You hear?”

Cade shook his head, watching the golden curls step further away from him. No action of his could stop her retreat. “I’ll do as you’ve requested.” He lowered his head in defeat. Watching Ella march off into the night, Cade’s heart churned with fear. Not a man to give way to such sentiments, he shook his head and retreated in the opposite direction.

It took two days for men to recover the bodies. A procession of sorts made its way with makeshift wooden caskets toward the church. Cade observed the somber memorial to the town’s fallen, but he waited away from the grieving.

A guilt chewed away at his insides. Out of all the men to survive, he least deserved a second chance. An outlaw, a murder, whatever they called him, in those caskets laid men far better.