***You have reached chapter 8 of Whippercreek. If you would like to choose an alternate chapter, click the teal “Wednesdays in Whippercreek” above.*** 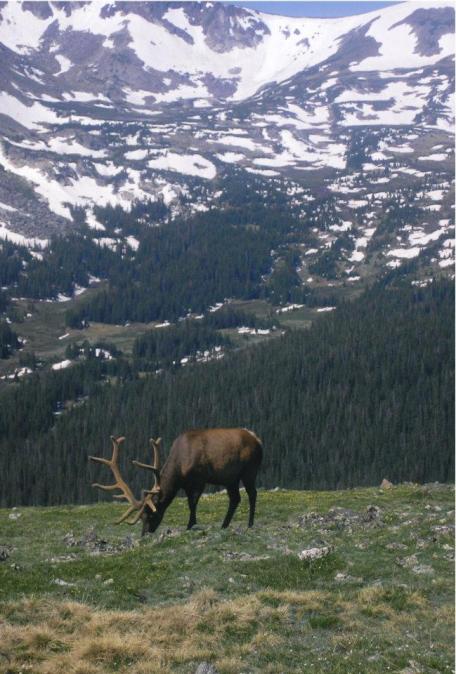 Cade spent the remaining daylight outside. He wondered between the stream and the tall grasses, pitching rocks and picking strands to chew in the corner of his mouth. He couldn’t make himself talk to God. It had been far too long. He attempted to find the words several times, but nothing really came out. As the sun began to set, he took off for the house Ella had spoken about.

He’d been wrong about that girl. She cared about him for reasons he couldn’t explain. It had been so long since someone had cared for Cade Rivers. He had almost forgotten the feeling. He opened the cloth door of the wooden structure, expecting a musty smell to emanate from the interior. Instead, the aroma of a smoldering fire and stew wafted through the room. He fumbled into the darkness. Cade had not recognized his own hunger until the smell stirred a roaring pain in his stomach. His hands landed on a stack of odd shaped dishes beside the sink. He poured the thick liquid into a bowl, sat on the sagging cot, and swallowed down gulps. Once finished, Cade removed his boots. He couldn’t remember a night with a roof over his head and a bowl of stew in his stomach. The thought caused a faint pain in his chest…if only the past had been different.

Cade woke from his sleep with a jolt. The ground shook the wooden cot. He pulled back the wool blanket, lurched forward, and grasped the makeshift bed. The trembling stopped with the quickness it had risen. Everything fell quiet. Five seconds of stillness. His mind raced. Memories flooded back. He knew the cause before the screams penetrated the town.

“There’s been a collapse!”

He flipped out of bed, swiped his hat from the floor, and slid into his boots with ease. Cade flung the makeshift door aside with a toss of his hand and stepped into morning sunshine. Dust settled over the rocky embankment, where the mine had once presented a clear opening. Cade rushed toward it. He knew men’s lives could be at stake.

Others already dug with haste. Cade glanced about. There had to be someone with a plan. Who was in charge here? He noticed Mr. Pelkman pacing back and forth. The clerk’s hands rested on top of his head.

The store clerk turned, dazed. He blinked several times and adjusted his spectacles to identify the caller through the dust.

Cade rushed forward and rested his arms on the older man’s shoulder. “What happened? Are there men inside?”

Mr. Pelkman stuttered and pulled a handkerchief from his back pocket.

Cade shook him. “Speak to me! Say something!”

Pelkman wiped his mouth . “Some sort of mine collapse.” He sputtered. “I don’t know what’s to be done.” His voice broke. “My boy was in there, working his shift. He got up early this morning. It’s his first job outside my store. I told him not to take it. What am I going to do?”

Cade stepped back from the store owner. He watched the chaos at the entrance. They wouldn’t reach the boy in time. He turned back to Pelkman. “Get me shovels from your store. Bring me wood. Lots of it and any medical supplies you carry.”

“Do you want to see your son again? Then, get!” Cade ordered.

The man’s eyes grew wide. He nodded and took off in the opposite direction.

Cade watched the chaos. Men dumped rocks, only to have the same stones moved two or three more times by other individuals. Every man seemed to do as he pleased. They needed a system. He approached the mass and whistled. The shrill tone caught off guard most of them. They glanced in his direction with looks of annoyance and intrigue.

“You men aren’t going to save whoever’s inside on your own terms. We need to act together. Mr. Pelkman’s bringing shovels. Place three men at the entrance. Behind them, you other men line up. We’ll remove the rocks together. Pelkman is bringing wood. We can brace up some of the loose rocks as we go. It’ll save time, so we don’t have to remove them all. Most of you don’t know much about me, but I’ve lived in mining towns my whole life. This is the fastest way to get those men out.”

Cade could see the white’s of their eyes. They stared back blank-faced, a few muttered begrudging words under their breath. Dirt smudges covered their cheeks. Would they not help him?

A stocky man with missing teeth suddenly stepped forward from the mass. He huffed and cleared his throat. “We’ll do whatever ye say needs doing.”

This caused the group to nod their heads. They looked from one to another, and with muffled sounds of agreement, moved to their positions. Cade went to the front of one of the lines. He would set their pace. Everything had to be rapid. There wasn’t time to waste.

Pounds of heavy rock passed between their hands. Cade heaved a large stone into the next man’s lap. The boulders, though, required the force of them both to push backwards. Gradually, they created a hole in the rock mound and braced the remaining loose stones with wooden beams. When it seemed wide enough for a man, Cade waved his hand at the others, signaling them to halt. He glanced back at the line. Each man stared in turn toward him, looks of anticipation crested across their faces. Then, Cade caught Ella Whitley’s gaze. He hadn’t noticed her before. She stood behind the men, watching him with a pensive expression.

Cade offered her a smile. Without comment, he turned and slid inside. His last glimpse of daylight escaped into the darkness, but the memory of a girl with long-blonde curls, dancing in the sunlight, stayed with him.

Ella had watched Cade approach the men. He commanded their attention. They obeyed his orders, and he dug in with the best of them. His brow soaked with sweat. He encouraged the others to keep up their pace. She’d never seen anything like it. The man had no ties to those inside, and yet, he fought for their lives.

Cade had told her, Whippercreek would be his home. It had swayed her heart that first day, and yet, she hadn’t fully believed him until now. He wore this disaster. He owned it. It was as much a part of him, as it was a part of her. She watched him tire with the other men. His sweat-stained shirt covered in dust. Some small part of her had found a new respect for Cade Stevens, not one of fear but of admiration…

Amidst these thoughts, he looked back, and she thought he offered her a smile. Similar to the usual, playful grin he plastered on when he was about to wink at her…but different. A hint of fear in those thunder-clouded eyes. A twitch where the line traced through his cheek. He didn’t give her an opportunity to determine what it meant. Instead, he turned from her, dropped his shovel, and slid inside the rock.

She hadn’t expected him to disappear into the darkness. Everything up until now had been done with precision. He had acted strategically. Won the men’s respect and hers. But now, without sense, he disappeared into the shaft, with loose rocks hanging overhead.

She held her breath. Things had just begun to change. Cade brought something to the valley Ella couldn’t explain. He disappeared–in an instant–and she dreaded the thought of the darkness taking hold of this man. It had happened to so many others. Surely, not him…

The crowd silenced. They stared at the mine…waiting. An elk dashed over the trail leading out of the valley. It scuffed a lone pebble down the slope. Every click of it struck against rock, echoing. Her stomach churned and heart pounded.

A hushed whisper rumbled through the crowd.

What if he doesn’t make it? Could she handle yet another loss?

She hadn’t known Cade Stevens all that well, but something had drawn her to him. He carried a sorrow. He hadn’t said anything about it, but she saw it in his eyes. Something from his past, left unspoken, which wounded him deeply. Even with such secrets between them, the sorrows had allowed Ella to feel a closeness to the man.

His absence would leave another wound inside her own soul. How could she return to a world without Cade Stevens?–She simply couldn’t. She had wanted to leave Whippercreek. Maybe now, without him, she’d have the courage to do so.

She hesitated. Others around her began to run away from the mine, but the cloud of swirling dust and rocks captured her focus. Seconds before the first stone hit the ground, she felt her father’s arm slide around her waist. His hand tugged her away. Ella’s feet followed his steady retreat, but her gaze remained poised backward. A mound of dust rose as the rocks landed, and her view became obscured. She stood at a distance with the other onlookers, all of them frozen, afraid to enter the dust cloud. She held her hands over her face, tears streaking her cheeks.

The town watched as the dust settled, a finality to what had happened. Each resident gaped in silence. The sun forced its way through, piercing beads of soil-ridden air with a glint of shimmering dust. Ella watched the particles settle around them. She fell to her knees. Her father’s hand held her shoulder. In their silence, the sunlight declared its victory, piercing through the cloudy dusts, revealing the remains of the mine. Only a small gap in the fabric of the stone mountain remained.